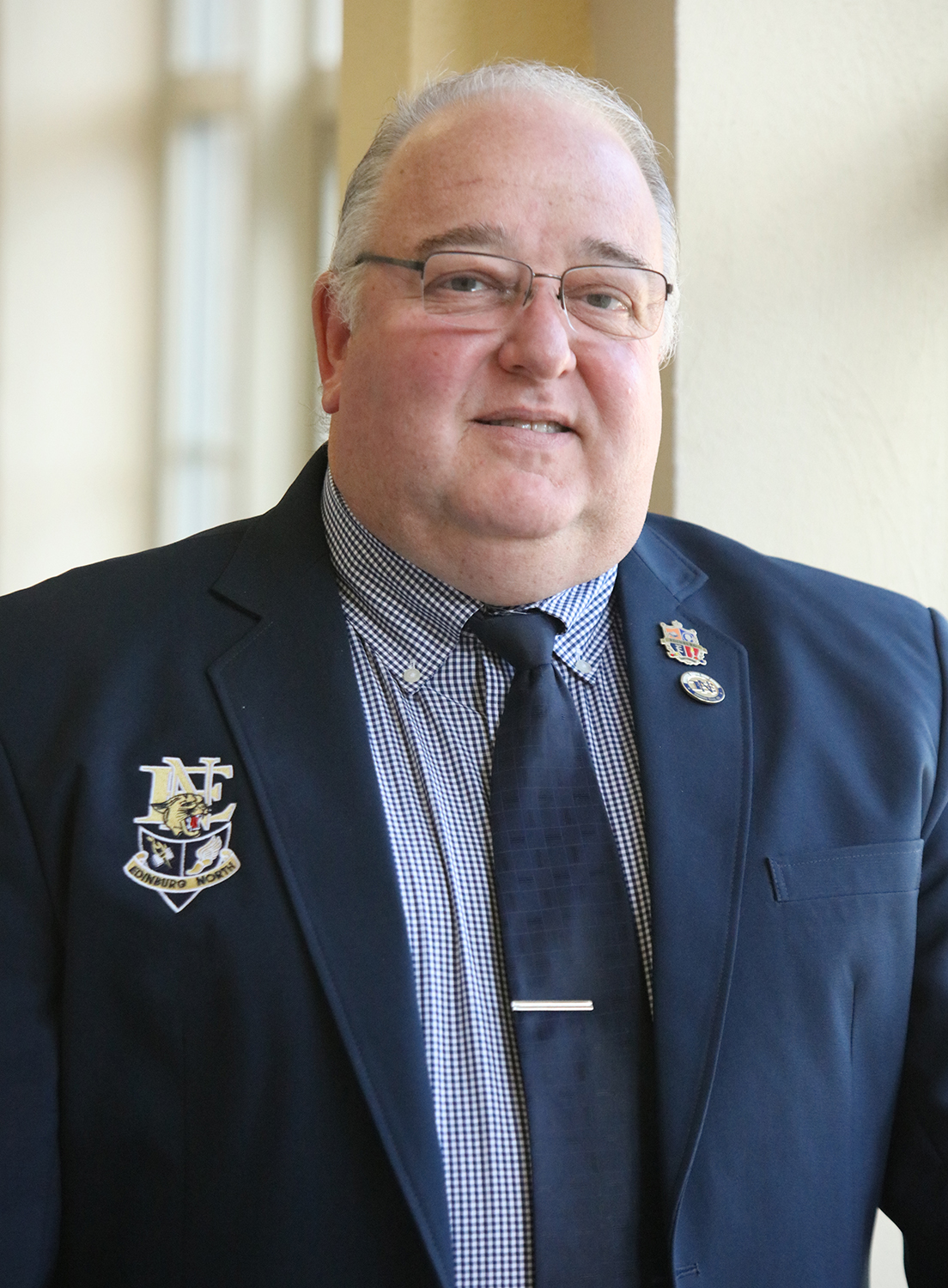 For a second consecutive year, the Texas Association of Secondary School Principals (TASSP) has named a principal from the Edinburg Consolidated Independent School District as the Region One Outstanding Principal of the Year.

TASSP recently announced that it has selected Edinburg North High School Principal Mark Micallef to represent the 38 school districts and 10 charter school systems in the region for this prestigious award.

“It’s amazing. I love coming to school every day,” Micallef said. “People say that if you love what you do, you never work a day in your life, and I haven’t worked a day in my life. I love being here with my students and staff.”

Micallef has worked as a principal for 20 years. For the last six years, he has headed the leadership team at Edinburg North High School. He attended the University of Texas Pan American and earned a Bachelor of Science degree. He continued and was awarded a Master of Education in Educational Leadership. Mark sees himself as being a risk taker, a visionary and leader of learners.

Micallef said that he credits the support of his wife Pamela, of 30 years, for understanding that he shares his heart with her, their five sons, three granddaughters and the approximately 2,700 students he mentors daily.

Last year, Roberta Davila, an assistant principal at the time from Longoria Middle School, was named the Region One Outstanding Assistant Principal of the Year.

According to TASSP, the organization recognizes outstanding principals and assistant principals from the twenty region Education Service Centers in the state. School administrators are nominated and chosen by their peers within their regions. Nominations are based upon exemplary performance and outstanding leadership.

As a Region One winner, Micallef is eligible to compete for the state title of Texas Principal of the Year. Each of the region winners will be recognized during the Josten’s Night of the Stars Awards Dinner on June 9 at the Hilton Anatole Dallas Hotel.  Each will be presented with an award and recognized in a commemorative book entitled Texas Principals, Texas Heroes.