School Voucher Program is Not Right for Texas Education

Gov. Greg Abbott is advocating for a vouchers program in the name of parental choice, but every Texan should question this because of the potential negative impact vouchers have on students and the state’s public school system. School vouchers are relatively simple – they are taxpayer-funded government subsidies that parents use to pay private school tuition although tuition and transportation at many private schools exceeds the voucher. Families must pay the difference. When a family uses a voucher, public school districts lose funding. Education savings accounts and tax credit scholarships are less traditional approaches to vouchers, but they still take away money from public schools. With less money, districts are forced to cut popular programs such as dual language education, STEM initiatives and vocational training. Such cuts narrow curricular and programmatic offerings and disproportionately impact low-income communities that may not be able to afford private school tuition and transportation costs even with a voucher.    (01) view article 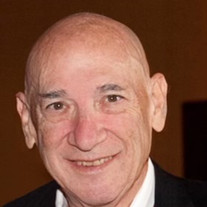 We are deeply saddened to share the news of founding shareholder Leonard J. Schwartz’s passing on October 13, 2022.

Leonard and Dennis began Schwartz & Eichelbaum, P.C., the precursor to our current firm, on January 1, 1987. Leonard’s unique background having represented teachers prior to founding the firm that led to our firm’s preventive law philosophy.

Leonard successfully argued a school law case before the United States Supreme Court and has also won two cases before the Fifth Circuit en banc. He has been either lead counsel or second chair before federal and state appellate courts in well over one hundred cases. His creativity in his practice of law was legendary.

A proud University of Texas alumni and lifelong Longhorns fan, Leonard was an Adjunct Professor at his alma mater, the University of Texas School of Law, teaching employment and school law to law students and superintendent candidates. Leonard's last position was as the in-house counsel to the Texas State School for the Deaf.

Leonard was also one of the earliest users of TexasISD.com and was an encouragement to us for years. Leonard was dearly loved and will be missed by the TexasISD.com family.

WICHITA FALLS (KFDX/KJTL) — A winner has been determined in the District 3-4A contest between the Hirschi Huskies and the Graham Steers after an on-field brawl forced the game to be suspended before it was completed. THE LATEST: Graham, Hirschi ejections modified following on-field brawl On Wednesday, October 12, 2022, a District 3-4A District Executive Committee made up of the superintendents of the five schools that make up the district determined the official outcome of the game.    (13) view article

YOUNG COUNTY (KFDX/KJTL) — Please find the full text of the response given by Graham Independent School District’s Superintendent Sonny Cruse regarding a brawl during their varsity football game against Hirschi High School on Friday, October 7, 2022 below: view article

LEAGUE CITY, Texas — UPDATE: The League City Historical Society confirmed Beverly Williams as the owner of the purse. Editorial note: The above video is prior to the historical society confirming the purse belonged to Williams. Sadly, they said Williams died in 2016. She had nine children who all live in Texas and California, with two still residing in League City. The family said the purse was found around Oct. 5, which would have also been Williams' 76th birthday. view article

For the second year, Columbus Day and Indigenous Peoples’ Day will both be celebrated in Texas on October 10.  In 2021, Gov. Greg Abbott, for the first time in the state's history, signed a resolution to recognize the second Monday in October as Indigenous Peoples’ Day.  The second Monday in October has already been recognized as the federal holiday, Columbus Day. The day was first federally recognized under President Franklin D. Roosevelt in 1937. It became a legal holiday in 1971.  While Columbus Day is a federal holiday, states and local governments can choose to not observe it.    (10) view article

Parents got a look at how multiple schools will be impacted next year if the plan is approved. They wanted to speak out publicly about the proposed plans. Instead, Allen ISD asked parents to write down their comments. view article

Cy-Fair ISD is offering free English learning courses to the parents of students who are enrolled in English or ESL classes this fall. Classes are offered to those with introductory, beginner or intermediate proficiency with English. Interested parents can register for the courses in the school cafeteria on the first day of class and can choose from Saturday morning classes or Monday and Wednesday classes.  Saturday morning classes will start on Oct. 1 and be held from 8 a.m.-noon at Owens Elementary School, 7939 Jackrabbit Road, Houston, and Tipps Elementary School, 5611 Queenston Blvd., Houston. Classes will continue Oct. 8, 15, 22 and 29, Nov. 5 and 12. view article

TYLER, Texas — There’s a new buzz happening at Tyler ISD. These bees are small but they pack a mean sting. Students at Tyler Legacy head out to the bee farm across from the school every week to check up on these bees. For now, this is just a school club, but it could soon be an accredited class. "The students get hands on. They can see how bees affect the environment and how the environment affects the bees," said Whitney Cleghorn, ag science teacher at Tyler Legacy High School. And the students are buzzing all about it. The program has been around for a couple years and Ozarka has funded most of the project with the equipment including the suits. Rebecca Katz was one of the first students to join. view article

In English, in fact, the origin of the term “Good” is debated: some believe it developed from an older name, “God’s Friday.” Regardless of the origin, the name Good Friday is entirely appropriate because the suffering and death of Jesus, as terrible as it was, marked the dramatic culmination of God’s plan to save his people from their sins.  (christianity.com)      TexasISD will not post Friday, April 15, nor Monday, April 18 in celebration of the risen Christ. read more

Student Voice: The Joys of Reading in Quarantine. At a Time Dominated by Technology, I’m Getting Lost in Books

Talia Natterson is a sophomore at Crossroads School for Arts & Sciences, a private school in Los Angeles, California. She writes for her school publication, Crossfire.

TASBO: We are the business of education! 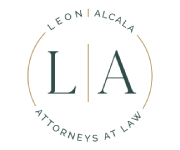