For the birds! Texas Capitol getting new roof to fix leaks, seal openings from birds

Dozens of people showed up to Thursday’s balloon release for a Highlands Elementary School student, who choked on a piece of food and died last week. Cedar Hill Independent School District (CHISD) identified the student as Mireya and encouraged the district to wear rainbow colors to school Thursday. view article

All Pasadena ISD schools to reopen Friday, except for 1

Most Pasadena ISD schools are reopening Friday morning after severe weather hit the area Tuesday. According to Superintendent Dr. DeeAnn Powell, all campuses will return to class except, for Beverly Hills Intermediate School. “We understand this is a difficult time for many whose families were impacted by the storm,” Powell said in a notice from the district. “Counselors will be available to provide support for students and staff.” view article

The McKinney Vento Homeless Assistance Act is a federal law that created a program to help students experiencing homelessness access education. Plano ISD’s Jennifer Miley said the district usually identifies around four or five hundred McKinney Vento students each school year. She’s the executive director of student, family and community services for Plano ISD. But that number has gone up. James Thomas, the district’s community services coordinator, said there were 966 McKinney Vento students in Plano ISD last school year. So far this year, there’s already about 750 – and that number could increase. view article

McKinney ISD board members are speeding up district-wide construction of security improvements. At a Jan. 24 meeting, board members approved $2,914,245 in construction costs to accelerate security improvement projects at more than 15 schools across the district. “Since there were some security issues in the state recently, we've been asked to accelerate that construction schedule,” district staff said. The buildings undergoing security improvements are: Bennett, Finch, McClure, McGowen, Minshew, Press and Wilmeth elementary schools; Cockrill, Dowell, Evans and Faubion middle schools; McKinney, McKinney Boyd and McKinney North high schools; and Lawson Early Childhood School and the Greer Building, an MISD office building. “We did have a lockdown button [at Greer], so we get to add a security vestibule there,” staff said. The main project at all listed schools is to create vestibules, the enclosed space between two sets of doors serving as the entrance to the school building. School vestibules are typically connected to the front desk through an intercom system to let in visitors. view article

School board trustees in McKinney have unanimously voted to change its book policy, a move they say makes it easier for books to be reviewed. Instead of evaluators needing to read an entire book they may now read only passages under question. Trustees also voted to clarify the definition of obscene material, using language from Texas Penal Code statute 43.21. view article

Longview ISD is set to hold a free six-week plumbing course for adults. Registration for the classes is an in-person event 8 to 9:30 a.m. Saturday at the Longview High School CATE building at 201 E. Tomlinson Parkway. Classes will consist of a six-week beginner program and will be twice a week. Participants can choose from Class A, Monday and Wednesday, or Class B, Tuesday and Thursday. Both classes will be 5 to 7 p.m. those days at the Longview High School campus. view article

Houston ISD has canceled all after-school activities for Tuesday due to inclement weather that could cause street flooding, bring damaging winds, and develop into strong tornadoes. view article

Wilson, a member of the National Honor Society, was accepted to 24 colleges across the country.  view article

Early Monday afternoon, the Texas Department of Transportation (TxDOT) got a head start by pre-treating the roads. In addition to Monday’s work, TxDOT had crews on standby ready to clock in as early as midnight to help out on the roads. As for school cancellations, the Lubbock ISD (LISD) administration will also have an early morning, driving around the city to check the conditions before making a final decision before 6 a.m. Tuesday. view article

Jack Yates principal Tiffany Guillory will be returning to the helm of the Third Ward campus within the next week, a dramatic reversal that comes after the Houston ISD twice reassigned her and then unsuccessfully moved to fire her earlier this month.  “I am returning to Yates, and I’m excited,” Guillory told the Houston Chronicle Monday. “I miss my students and staff. I’m glad this is all over.”  Houston ISD first attempted to reassign Guillory from the school where she has worked for about eight years in September, when Assistant Superintendent Geovanny Ponce sent a letter, obtained by the Chronicle, with the subject line "reassignment." view article

The four-day school week: Has Academy ISD sparked a trend in other Central Texas schools?

After Academy ISD’s recent announcement to move to a four-day school week in the 2023-2024 school year, other Central Texas schools are weighing in on whether they’ll make the same decision. KWTX spoke with districts in Killeen, Temple, Copperas Cove, Waco, Salado and Jarrell. Each has its own reasons for wanting to either join the growing trend or stick with tradition. For Killeen ISD, the district’s affiliation with Fort Hood would require ample planning that a four-day week could complicate. view article

The Anna Independent School District (AISD) school board recently announced that it approved of moving to four-day weeks for the upcoming 2023-24 school year. According to WFAA, the North Texas school board approved the brand-new school structure this past Friday during a board meeting. view article

The Tyler ISD Board of Trustees approved district and Boshears calendars for the 2023-2024 school year Monday evening. “As always, we construct the calendar to meet the annual learning objectives for our students while building in what makes sense for traditional breaks for faculty, staff, and parents,” Tyler ISD Superintendent Dr. Marty Crawford said. “We have also intentionally added more professional development days throughout the year to support our teachers so they can keep our students on track for successful outcomes.” view article

With inclement weather, including possible snow flurries, in the forecast for Monday night into Tuesday morning, here is a list of reported closures or delays around the Borderland.  view article

Students with the Carroll High School Audio/Visual class joined First Edition to show how they are preparing for a career in broadcasting. view article

Some closings, delays for Tuesday, January 24, 2023 due to inclement weather

The possibility of inclement weather prompted the following schools to delay its start time: El Paso ISD: Students, teachers and staff in the El Paso ISD will start classes on a two-hour delay Tuesday in response to inclement weather expected in the region early in the morning. All student-centered services, including classes, bus services and child nutrition will be on a two-hour delay from normal start times for students. view article

This story is the first of a three-part series outlining the ongoing changes made by Marshall ISD through the last year as they implement the district’s new strategic plan. It been almost a year since Marshall ISD first initiated its strategic plan, a five-part list of priorities for the district that has lead to a tidal wave of changes for the last 11 months. view article

New federal numbers put Fort Worth ISD’s enrollment decline in a new light. Across the nation, public schools lost more than 1 million students between fall 2019 and fall 2020, according to the U.S. Department of Education. A Wall Street Journal analysis of the largest school districts found Fort Worth ISD is among four systems that lost about 10% of their enrollment in the past three years. view article

The video published above is a WFAA report from August 2022 when Mineral Wells ISD announced its implementation of a four-day school week. The Anna Independent School District (AISD) school board announced Friday it approved moving to a four-day school structure for the 2023-24 year. view article

The controversy and anger surrounding girls on the Splendora High School softball teams being given jerseys that say “I achieved failure” continues. On Wednesday, KPRC 2 Investigates’ Bill Spencer sat down and interviewed both the superintendent and the athletic director, head of all sports programs for Splendora ISD, about just what is going on here. view article

Corpus Christi ISD is hosting a high school expo to showcase career and technical programs across the district on Wednesday. The event is scheduled for Wednesday from 6 to 8 p.m. in the Carroll High School cafeteria. Seventh through ninth graders are invited to learn about the various offerings at each of the district's high school campuses. view article

M. Roberts Media is giving local high school seniors the opportunity to gain real-world experience in the media field through a partnership with Tyler ISD. Two students who attend the Career and Technology Center began interning with the company, which owns M. Roberts Digital, Tyler Morning Telegraph, ETX View Magazine and multiple other publications, in January as part of their practicum class at CTC. view article

White Rhino Coffee (WRC) and the Forney Independent School District (FISD) have joined forces to offer students and the community a robust coffee experience while teaching students the trade and building skills of future graduates. Forney ISD’s Opportunity Central opening this fall is the newest education model to feature innovative career training, college programs and community engagement events. White Rhino Coffee is the first to announce their partnership with the district. view article

Texas continued a 14-month streak of record employment in December, according to a Friday report from the Texas Workforce Commission. And the state’s unemployment rate dropped to 3.9%, the first time it fell below 4% since the forced business closures at the onset of the coronavirus pandemic. Texas employers added 29,500 nonfarm jobs in December, according to the TWC. Positions in education and health care accounted for over 40% of that figure with 12,700 positions, leading last month’s job growth. Financial services and manufacturing also added 6,300 and 5,500 jobs respectively. In total, there are more than 13.7 million nonfarm jobs in the state. view article

The Rotan ISD Board of Trustees met on Monday, where it extended the superintendent contract through 2026 with a 3% salary increase, and after considerable discussion, adopted a four-day school week in a split vote. Although still spending over an hour behind closed doors, it was still one of the shorter times the Rotan ISD trustees have spent deliberating the merits of often controversial… view article

Thursday night, several outraged members of a North Texas LGBTQ organization showed up to Princeton ISD's school board meeting. They say they were planning to host a Pride event at the district's high school this summer — but now, the school board is considering taking away the option for the public to rent some of its facilities for events. view article

The sky's the limit for McAllen High School senior Rohan Bhakta. On his radar is the dream of becoming a pilot. “I wanted to do this since I was little,” Bhakta said. “Being able to feel the air, like being able to go up, see the whole city, like just the views, being able to take control of the plane, land it, it's just the feel that gets you going.” He's earning his wings through the McAllen Independent School District’s aviation program. Under this program, Bhakta and 11 other students are on track to becoming private pilots by the end of the school year. view article 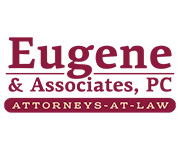