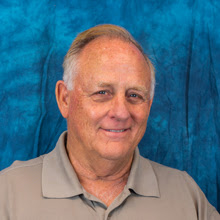 From TASA Daily - Lloyd Treadwell, long-time public educator and TASA member service representative, has announced he will retire at the end of June. Lloyd began his career as a teacher in Austin in 1964 and has served in numerous capacities, including superintendent. In addition to being a member service rep for TASA since 2001, Lloyd has served as an interim superintendent 10 different times across the state. "Lloyd is a class act in every way," said TASA Executive Director Kevin Brown, "He is a public education champion who exudes class, grace, professionalism, and goodness. Our family at TASA will miss him immensely but we know that he deserves a great retirement." Because we can't currently have an in-person celebration to honor Lloyd, please email your well wishes to him. Congratulations Lloyd! You have touched many lives - Thank You.  (17)